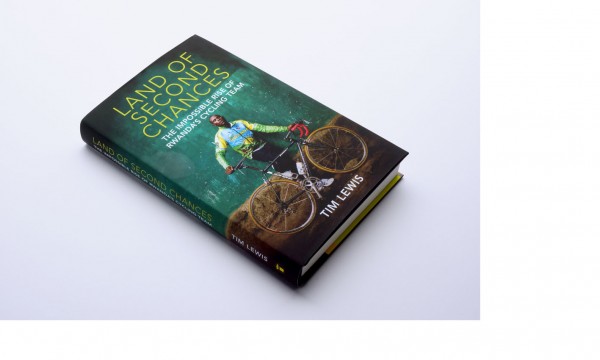 'The portraits in Land of Second Chances are inspiring, maddening, impossible, and unforgettable. Out of the complicated and exciting struggle to bring African cyclists onto the world stage, Tim Lewis somehow forges a coherent, beautiful, and generous story which refuses hype or despair and reveals all involved. This book is a great act of journalism and love.'
David Vann, author of Legend of a Suicide

'Lewis is a reporter of rare skill and he writes with wit and verve. As a result Land of Second Chances is less thigh-pumping uphill slog, more wind-in-the-hair downhill freewheel. It is by turns horrifying, moving and unexpectedly funny. It’s also the sports book of the year by a backcountry mile.'
Alex Bilmes, Esquire

'Land of Second Chances is about the unlikely development of a competitive cycling team in Rwanda. But Lewis is not satisfied to tell only that story, intriguing and entertaining as it is. He explores what happens when well-meaning people from places like the United States attempt to impose their technology, their training techniques, and their values on a population they understand imperfectly. This observation transcends sports, and Land of Second Chances transcends most sports books. It will be a shame if its readership is limited to people involved in cycling.'
Bill Littlefield, Boston Globe's Best Sports Books of the Year

'How Lewis handles the disappointments of the story, not just focusing on the successes, is one of the triumphs of Land of Second Chances. The fact that Lewis isn't able to wrap up his story with the ribbon of a pat ending makes for a wonderfully shabby story that's set in the borderlands between success and failure, a story that has all the rough edges of reality.'
Podium Cafe

'Brilliant. Not what I expected, and all the better for that.'
Richard Moore, author of The Dirtiest Race in History

'Land of Second Chances up there with the best cycling books ever written.'
Daniel Friebe, author of Eddy Merckx: The Cannibal

'Land of Second Chances by Tim Lewis is my selection for the cycling book of the year so far. The incredible story of road cycling in Rwanda, it is a tale that quite brilliantly portrays the power of sport to effect change and roots itself in Africa's challenge to what we mean by 'global sport'. Superb, a must-read.'
Mark Perryman, Huffington Post